I vividly remember the first time I encountered an Alice Munro story. It was just last year, and my girlfriend, Arhanti, was visiting from out of state. She had brought along some reading material in the form of a collection of stories with a strange name—Hateship, Friendship, Courtship, Loveship, Marriage. I had heard of Alice Munro before though, if you had asked, I couldn’t have said where. 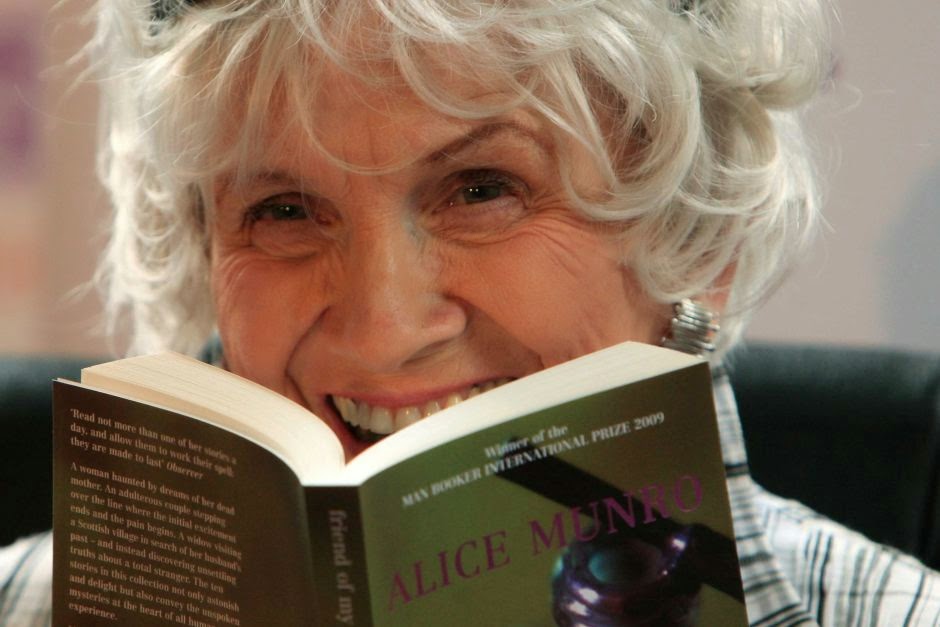 We were lying in bed before sleep. She was reading, I had just finished whatever I was working on, and rolled away from the light to try to sleep. Arhanti, however, was just getting into the meat of one of Munro’s lengthy stories, and found herself so engaged that she wanted to share. She offered to read it out loud to me, and I agreed—having ample enough experience with the dormative quality of audiobooks that I didn’t expect to catch much of it. However, within a few paragraphs I was sitting up, asking to have sections repeated or wanting to see them for myself. Her language was so crisp, so controlled, and what she was expressing was so complex yet so familiar.

The story was “Nettles,” about a middle-aged divorcee reconnecting with a girlhood friend and potential love interest. Not exactly the kind of stuff that usually interrupts my sleep, but by the end I was equal parts exhilarated by the triumph of written words to relate so much of real experience—and dismayed by the overwhelming responsibility I felt as a writer to find words that could do as much. It seemed to me that, if I couldn’t be as good as Alice Munro, I shouldn’t bother writing.

It was some consolation a few weeks later when she received the Nobel Prize. At least, I figured, I was not alone in being awed by her. At least those powers of expression were not so commonplace as to be overlooked. She is, in fact, so celebrated that she has made it a point to reject any honor that isn’t expressly about her writing. Still, that initial feeling persists. She is breathtakingly intimidating—so good it’s genuinely upsetting. Look at her up there, laughing at us! As her daughter Sheila wrote, in her biographical effort to escape her mother’s shadow, “So unassailable is the truth of her fiction that sometimes I even feel as though I’m living in an Alice Munro story.”

Her stories elevate the lives and thoughts of ordinary people to the level of high art. Everyone should read them but, if you're a writer, you should prepare to have your confidence shattered.

--Keith Baldwin
Posted by The Boylan Blog at 6:05 AM