The other day I was reading an article that took my breath away. Notorious conservative billionaires and big-time polluters the Koch Brothers have finally found a tax they can get behind: a tax on solar panels! Oklahoma recently instated a surcharge on the practice of selling excess energy created by solar panels back to utility companies. It is clearly a bid to make the prospect of installing solar panels on one's home––already an expensive endeavor––less appealing to homeowners. This legislation was pioneered by the American Legislative Exchange Council––a conservative group funded by the Koch brothers and other multi-billion dollar energy interest. 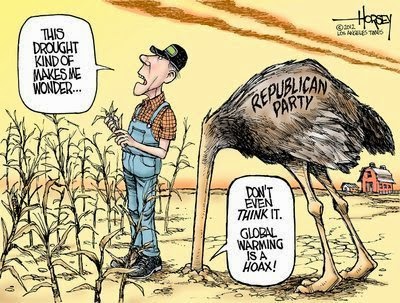 Clearly the Koch brothers feel that their profits are at stake. "People over profits" just isn't good business. But where does that leave us? A lot of people like to say that clean energy IS good business and I want to believe that but if that were the case why aren't the "entrepreneurs" getting on it? Right now I think finding a loophole for that energy surcharge is the only tax evasion I can refrain from feeling indignant about because honestly why NEED to change our ways now. Right now.

Sometimes I don't feel illuminated. Sometimes I really worry about the world I and my children will inherit. How much longer can we ignore the planet and how climate change is going to affect us?